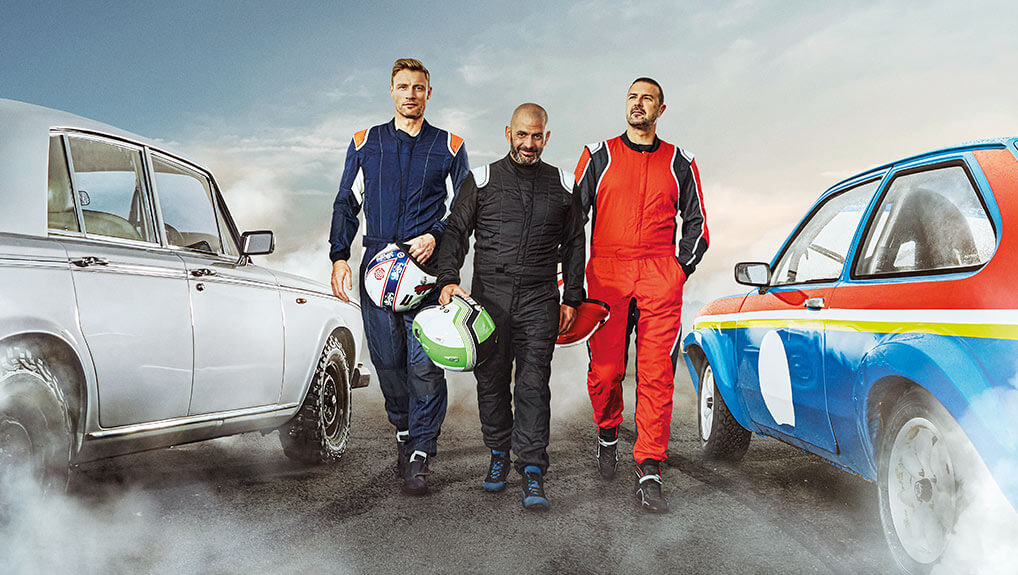 Ready, set, go! The much-loved Top Gear returns this November with its 31st season, full of excitement, adventure and even more motoring mischief.

Freddie Flintoff, Chris Harris, Paddy McGuiness, and of course the beloved Stig are all back behind the wheel, brightening up your evenings with their classic blend of carelessness, chaos, and of course, cars. Lots of cars. Old cars, new cars, classic cars, bargain cars, even motorbikes and caravans feature in this brand new season as the gang get up to their usual tricks.

Last season the guys carved up the Scottish Highlands, drove classic Bond cars and reviewed the new Ferrari Roma. They even tapped into their sensitive side driving the cars from their childhood, and tackled the controversial issue of the mid-life crisis car head on. Will they smarten up their act and get a bit more serious…? Absolutely not.

Instead the trio set out on a madcap British camping trip, testing out some very, very small caravans and the towing capabilities of some electric sports cars. Will the cars stand up to the test? More importantly, will the gang?

Plus for the first time in what feels like forever, the gang head abroad. You certainly won’t want to miss the mayhem as, completely unprepared as usual, the three head to the astonishingly beautiful rural Iceland to drive some British classic cars through the wilderness. Closer to home, even Cornwall isn’t safe from these guys: Fred, Chris and Paddy tear up the picturesque countryside in bargain cars for 17 year old drivers.

The gang also pay tribute to one of their heroes this season, legendary stunt driver Eddie Kidd, with an unbelievable performance of motorbike gymnastics.

If all of that wasn’t enough, Freddie learns how to be a racing driver, they go head to head with F1 drivers to battle it out on the Silverstone circuit and test brand spanking new, uber-fast supercars.

Check your wing mirrors and buckle in, every Thursday from the 18th of November at 8pm, on BBC BRIT.